A classic amazing Safari in Tanzania 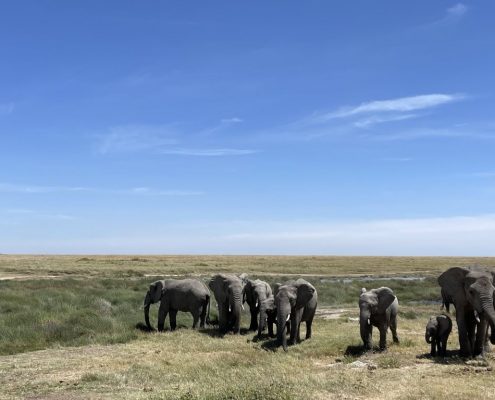 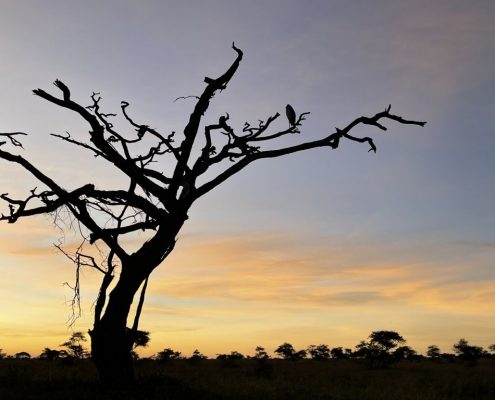 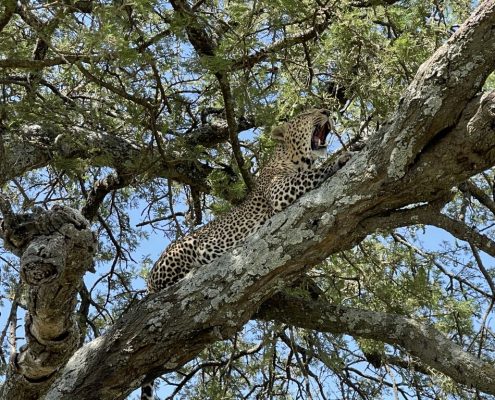 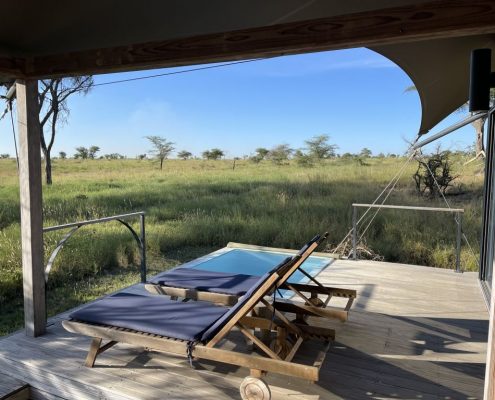 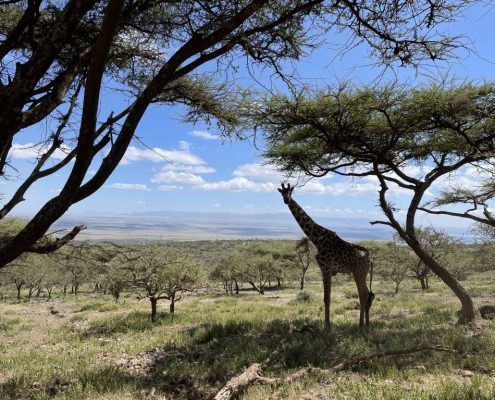 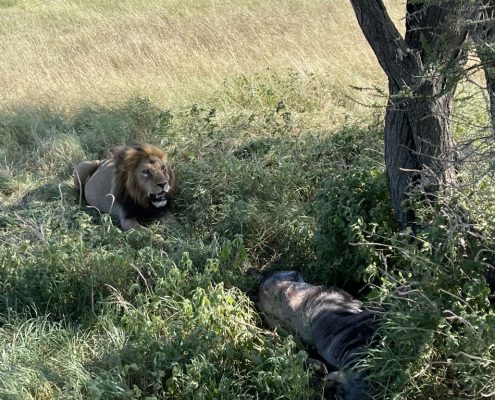 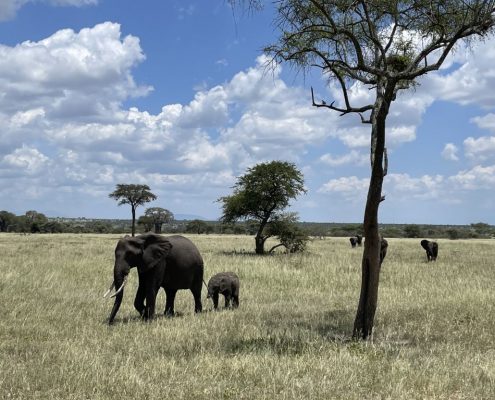 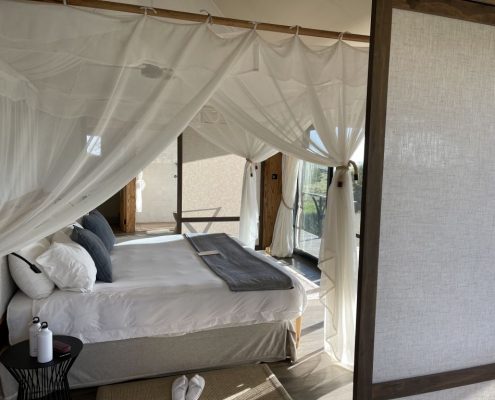 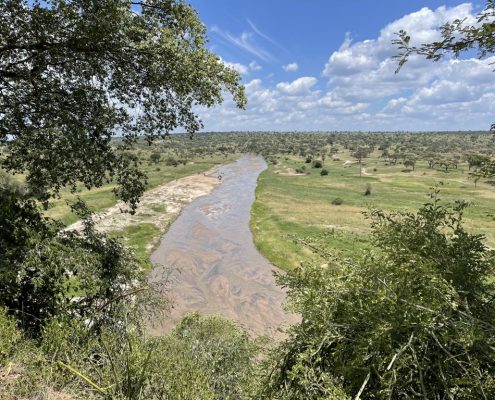 My trip to Tanzania in early July was the holiday I’ve been dreaming about since I was a child. Just to see the extraordinary wildlife of East Africa in its natural habitat, every creature doing its own thing, no bars, no fences, has been a lifelong ambition that began with walks in the local woods with my Dad, when he taught me how to appreciate the natural environment, how to observe the animals and birds and their behaviour, trails, signs, and calls.

I was looking forward to seeing lions, elephants, giraffes, zebras in East Africa, but what surprised me was the abundance and variety of bird life: I thought we might see a few vultures and an ostrich or two, but I hadn’t expected to see so many interesting and colourful smaller birds. My final tally was 79 species of birds (from fire finch to ostrich), 33 mammals (from unstriped grass mouse to elephant), and 3 reptiles (Nile monitor, Nile crocodile, and red-headed agama). We were extremely lucky to see a lone black rhinoceros, which is critically endangered. We saw no high drama, but we did watch a pair of Egyptian geese chase off a Nile monitor and a herd of wildebeest close ranks and headbutt three hyenas.

And not only did we see all of the Big Five, we also saw one of the Small Five, all of the Ugly Five, and all of the Beautiful Five.

We flew into Kilimanjaro Airport and spent the first night at the Ngare Sero Lodge, where colobus monkeys with huge white brushes foraged in the trees around the garden edge, and three hundred sacred ibises flew in at dusk to roost in the trees around the lake. The next day we drove to Tarangire National Park, known for its giant baobab trees and its elephants, and we spent the night at the Tarangire Safari Lodge, where we went on an early-morning birdwatching walk with Henry, who introduced us to the tropical boubou (with its seven different calls), the bronze sunbird, several weavers, and the rare and shy tambourine dove.

From there we drove to the Ngorongoro Crater, the world’s largest intact volcanic caldera: up to the rim, then down into what feels like a lost world, a self-contained ecosystem where even the wildebeest don’t migrate. We stayed that night at the Sopa Lodge, back up on the rim, expecting a magnificent view in the morning over the crater, but woke instead to thick fog, rain, and wind, which didn’t clear until we were down off the back of the crater on our way to Serengeti.

We stopped on the way to visit a Maasai village. This felt somewhat voyeuristic but we paid for the privilege, so that seemed fair enough. It must be hard making a living from herding cattle in a land full of dangerous animals, so it’s probably a good thing that groups of tourists pay $10 a head for half an hour of Maasai culture.

Naabi Hill marks the entrance to the Serengeti from the east; once down on the plain it’s vast — and unbelievably rich with wildlife. We spent two nights and parts of three days in the Serengeti, and saw only a small part of it, but we were well rewarded: herds of zebra and wildebeest in their thousands; great long single-file lines of running wildebeest on migration (they had started early, fooled by early rains); hippopotamuses in mud, glorious mud; lions sleeping on rocky outcrops and mating in the grass; secretary birds striding across the plain; weavers, plovers, eagles, avocets, and stilts. We spent both nights under canvas in the very beautiful Lemala Nanyukie Lodge, in tents with en suite bathrooms because it was dangerous to go outside at night, with lions and hyenas on the prowl.

We had an excellent Safari guide and driver, Amani, who could spot even the smallest or best camouflaged animals and birds at a distance while negotiating the potholed dust tracks, then stop the car in just the best position for us to look through binoculars or take photographs from the windows or the open roof. He knew most of the species at a glance, or was able to identify a doubtful one by flipping quickly through his comprehensive bird and animal field guides. He also kept in touch with other drivers by radio, so that if someone else spotted something interesting he could head off there immediately.

I also had a very good book with me, the National Audubon Society’s ‘Field Guide to African Wildlife’, which I had come across by chance at Addis Ababa Airport: it helped me identify a lot of species myself.

The second part of the trip was a complete contrast: two short flights in 12-seater planes (Cessna Grand Caravan) and much hanging about at small airfields took us to Stonetown on Unguja, the main island of the Zanzibar Archipelago. Here we stayed two nights at the Mbweni Ruins Hotel, and were immersed in the Arab/Swahili culture and history of the East African coast: the old narrow streets of Stonetown, the ruined palaces of the Omani sultans, taarab music in a nineteenth-century tradition straight from Egypt but sung in Swahili, the old slave market under the Anglican cathedral, the markets, the souvenir shops.

A visit to some spice gardens was particularly interesting, where we saw how nutmeg, cinnamon, ginger, pepper, cloves, etc. grow. The party piece there was a young man climbing up a 25-meter coconut palm, aided only by a hobble around his ankles, whooping, singing, and performing acrobatics as he went, to cut and throw down coconuts for us to drink. Apparently, most young Zanzibari men climb coconut palms, but by law they’re not allowed to do it beyond the age of 24.

Dear Lisa: Many thanks indeed for giving us such a wonderful Safari experience in Tanzania. I’d be grateful if you could also pass on my thanks and great appreciation to Amini: I don’t think we could have had a better guide in the game reserves & national parks.

With all the best wishes,

Want to join the discussion?
Feel free to contribute!