You are here: Home1 / Safari in Tanzania – a brief overview2 / Tanzania Mainland Coast 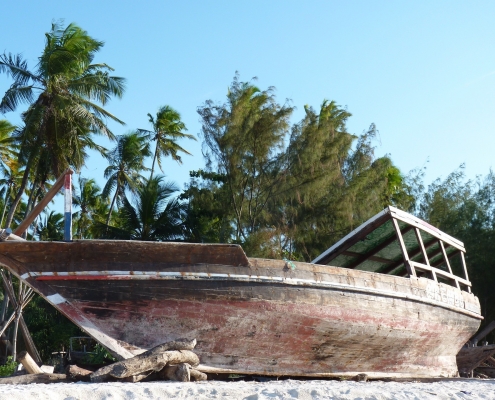 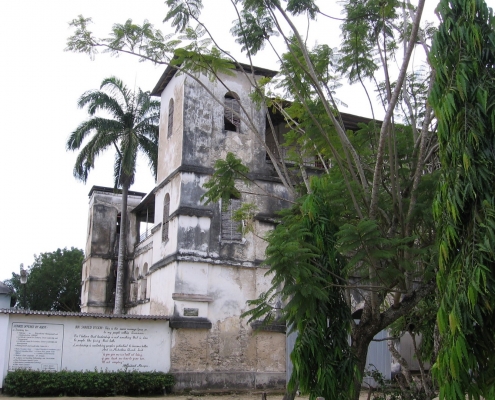 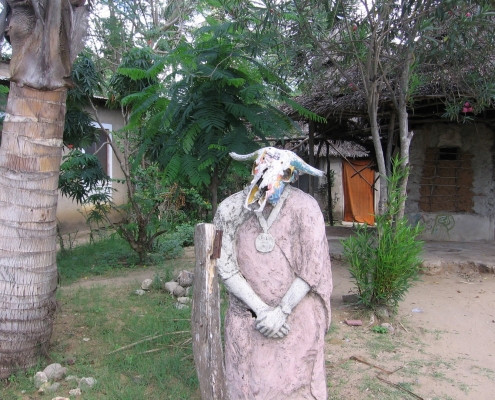 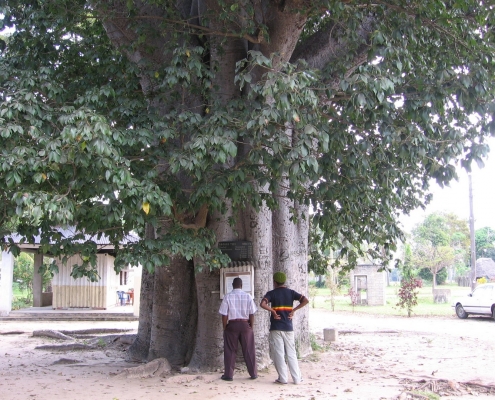 The long beaches of the Tanzanian mainland coast are rarely visited compared to the famous Zanzibar archipelago. From the coastal metropolis of Dar es Salaam with its almost 6 million inhabitants to the important port and industrial city of Tanga, close to the border with Kenya, you will find mostly unknown gems such as the old German colonial capital Bagamoyo and the Arabic-influenced Pangani.

On the mainland coast opposite the island of Ugunja, the main island of the Zanzibar archipelago, lies the rarely visited Saadani National Park. This park, which was only formed in 2005, is the only one in Tanzania where you can swim in the Indian Ocean directly after a hot and exhausting game drive in a 4×4 vehicle. The Saadani National Park borders directly on the sea and is home to green monkeys, various bird species and the rare green turtles.

A beach holiday on the mainland coast is ideal for people who like it a little less touristy. Many of our guests who travel to Tanzania for a second time decide to stay on the coast between Dar es Salaam and Tanga, for example after a Safari in the Southern Circuit.

A flight with your international airline to Dar es Salaam is a good option. We have compiled a selection of hotels and lodges, divided into the three areas Dar es Salaam, Bagamoyo and Pangani.

Until 1974 Dar es Salaam was the capital of Tanzania. It is the country’s most important city in the fields of art, fashion, media, music, film and television and is a leading financial centre in the region.

Two of the most famous museums in Dar are the National Museum and the Makumbusho Cultural Center & Village Museum. The National Museum is dedicated to Tanzania’s history, in particular it displays some of the bones of Paranthropus boisei, which are among the finds in Olduvai Gorge in the Ngorongoro Conservation Area. The Makumbusho Cultural Center & Village Museum on the outskirts of the city on the road to Bagamoyo shows traditional huts from 16 different Tanzanian ethnic groups. Near the National Museum are also the botanical gardens with tropical plants and trees.

There are beaches on the Msasani Peninsula north of Dar es Salaam and in Kigamboni in the south. Excursions to the nearby islands of the Dar es Salaam Marine Reserve are a popular day trip from the city and a place for snorkeling, swimming and sunbathing.

Well-known beaches near the city are e.g. Coco Beach (not good for swimming, but nice beach bars), Kigamboni (fine sand beach, clean water) and on the island of Bongoyo (perfect conditions for a swim), which you can reach by boat from Msasani.

The city of Bagamoyo (also Bagamojo) was founded at the end of the 18th century. It was the original capital of German East Africa and was one of the most important trading ports along the East African coast. Today the city has about 30,000 inhabitants and is the capital of the Bagamoyo district.

A walk through the narrow, unpaved streets of Bagamoyo takes you back to the middle of the 19th century, when the city was one of the most important settlements on the East African coast and was the end point of the trade caravan route between the interior and the sea. Slaves and ivory were unloaded here before being shipped on to Arabia, India and Europe. The architecture of European origin is slowly collapsing, but is still beautiful to look at. The Arab influence is typical for an ancient city on the Swahili Coast.

The main sights of Bagamoyo are the old German colonial buildings and the Kaole ruins, with one of the oldest mosques in East Africa. There are two museums, the small Caravan Serai (documentation about slave trade) and the museum of the catholic diocese, where the old glory of the city is revived with interesting display boards. The College of Arts in the south of the city is one of the most famous in Tanzania, so the area is home to many artists.

For further information we recommend a visit of the Freundeskreis Bagamoyo e.V. Website, who do important (voluntary) work through cultural exchange and other programs.

Pangani is a small town in northeastern Tanzania, 45 km south of Tanga at the mouth of the Pangani River. This important river is fed by the mountains of Kilimanjaro and Meru before its waters flow into the Indian Ocean. The city has Arab, German, Asian and British influences and is a place where Swahili traditions and modern hospitality merge.

Pangani offers a beautiful coastline with clean beaches where endangered turtles, coral reefs and a wide variety of tropical marine life can be found. The Pangani River flows through the north side of the town, separating the old buildings and the present market from the farms and small houses on the south side. A ferry is required to cross the river. The dark brown water is heavily saturated with mud and slowly meanders into the ocean. On both sides of the town coconut palms and sisal plantations wave to the horizon.

Once an important trading centre of the sultans on the African mainland, the town is now a sleepy little nest. The old German administration building still stands behind a colonnade of tall trees. Old houses along the main street offer good examples of colonial and traditional Swahili Coast architecture. The old town can be easily explored on foot. A nice day trip is a visit to Maziwe Marine Park Island, where you can watch dolphins and enjoy the warm turquoise blue ocean on the fine sandy beach.

Beach hotels and Lodges in Bagamoyo:

Beach hotels and Lodges in Pangani: 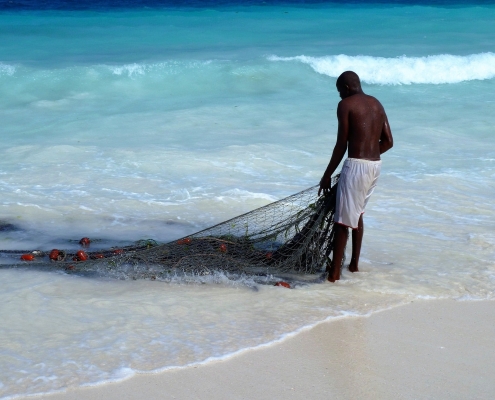 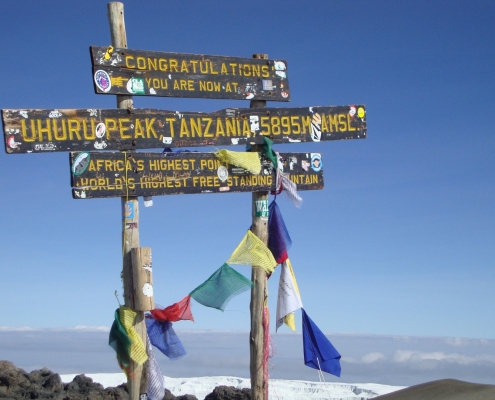