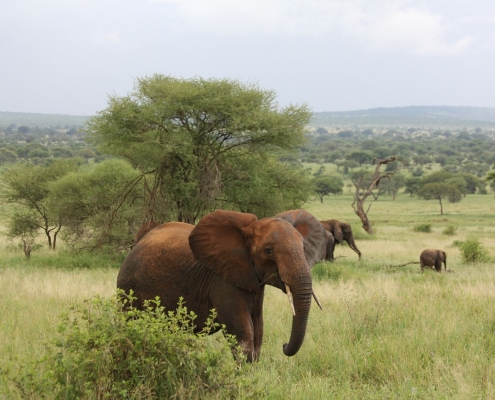 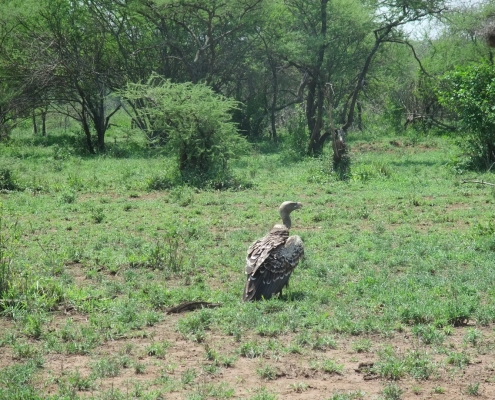 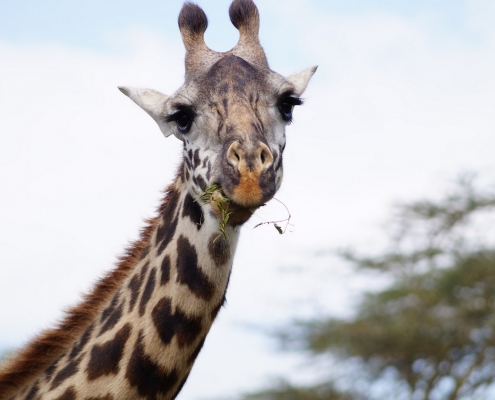 brief overview This relatively small park is embedded between the Uruguru Mountains in the east and the steep slopes of the Rift Valley in the southwest. The national park forms a coherent ecosystem with the huge Selous Game Reserve to the south. Therefore Mikumi benefits from a very high density of wildlife. The area mainly consists of the Mkata flood plain, which is surrounded by rolling hills with Miombo forests. The park is especially known for its African wild dog population and the large eland antelope.

A special feature of this nature reserve is the TanZam-Highway, which divides the park into two almost equal halves. Unfortunately the highway all too often has negative consequences for the animals. Despite several speed bumps, many cars and trucks race along the highway towards Zambia, driving over antelopes, leopards and even hippos, especially at night.

The Mikumi National Park is the most popular of all the southern parks, probably because it can be reached relatively quickly from Dar es Salaam. The protected area was declared a national park in 1964. However, it has only existed in its current extension since 1975. With more than 3,000 square kilometres, it is the third largest national park in Tanzania and thus larger than the country of Luxembourg. Any kind of hunting is prohibited, in contrast to the Selous Game Reserve, with which the Mikumi forms a common ecosystem, the largest in Africa. On three of its four sides, the Mikumi is surrounded by mountain ranges as a natural boundary. From south to west to north are the Rubeho Mountains, in the east the Uluguru Mountains. The name of the park is derived from the Swahili word for the Borassus palm tree that used to grow everywhere in the park. Already Stanley, after his legendary encounter with Livingstone in Ujiji at Lake Tanganyika, crossed this area in 1872 on his way back to Dar es Salaam.

The Mkata River flows from south to north through the reserve, but during the dry season it hides below the surface and makes its way underground. During the rainy season, however, it overflows its banks more often. This flood plain is preferred by the Yellow Baboons as their habitat. This species is lighter in colour and its physique is not quite as heavy as that of the Olive Baboons found in the North Parks. Baboons mainly eat grass, fruits and insects, but they also hunt and kill young impalas, reedbucks and other antelopes. Such a monkey troop usually consists of 15 to 100 animals, the troop members are females with their young, adolescent animals of both sexes and some adult males. As soon as the males reach puberty, they leave the troop they were born into and join another troop. Males and females differ in body size and the size of their canines. The newborns have black fur, after about six months they gradually lose their black colouring and then do not differ from the adults in their colouring. If the females are in oestrus, their sexual organs turn pink.

Typical for the Mikumi, apart from the wide grass savannahs, are the dense forests of hardwood trees, similar to the Ruaha National Park, the so-called Miombo forests. Occasionally one can see reedbucks, giraffes or elephants. Often the animals are still a bit far away or run away as soon as a vehicle approaches. Unfortunately you cannot drive behind the animals, you have to follow the park paths. There is also a hippo pool in the Mikumi, where the tons of heavy animals feel most comfortable. – Each individual animal weighs between 2,000 and 3,000 kilos. They have a very porous skin, which is why they are under water most of the time. They stay submerged between 3 and 5 minutes until they come back to the surface to breathe. At night and sometimes during the day, especially when it is cloudy, the hippos come out of the water and graze like cows. Then they even cover 10 and more kilometres. They eat up to 60 kg of grass (normal or sedge grass). The females give birth to only one calf, either on land or in the water. A special feature is the spraying of their dung. Thereby they turn their short fleshy tail around the starting point like a propeller. Seen from the shore, the hippos are harmless. But if the animals are on land, extreme caution is required. The colossuses can become extremely aggressive, especially if they feel that they are cut off from the water. It is not easy to tell the male from the female when they are lying in the water. But some of the main features are visible: The male has a larger and wider neck, and his ears are more vertical. The female, on the other hand, has a flatter head. Near the hippo pool you can often see traces of lions, so be careful, even if the driver allows you to get out for a short time. Probably there are even some rhinos in Mikumi Park. 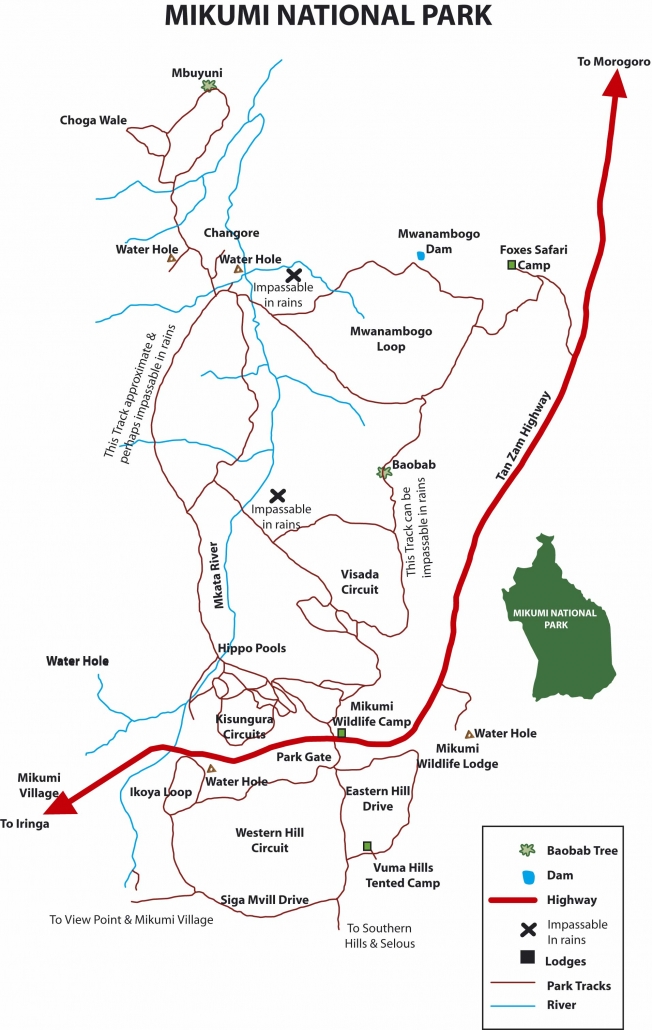 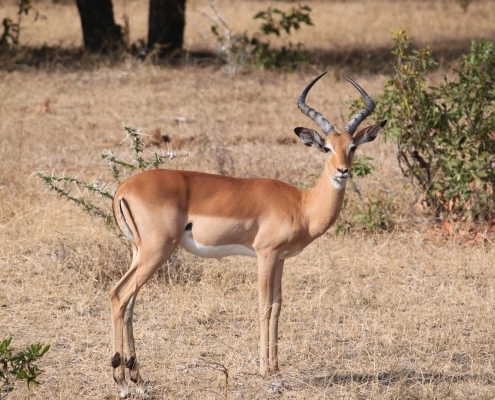 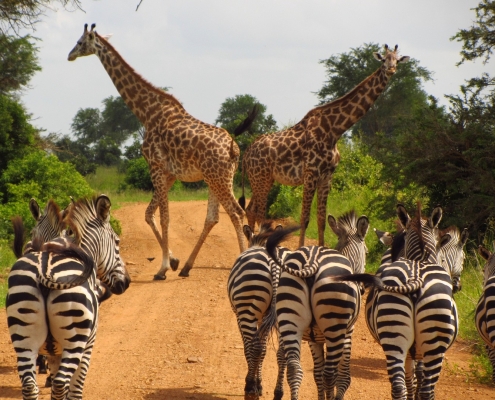