You are here: Home1 / Information about Tanzania

If you want to visit one of the most beautiful and fascinating countries in Africa, Tanzania should be your first choice. The diversity of nature and the animal world is overwhelming and will surely remain in your best memory. The United Republic of Tanzania is one of the most peaceful countries in Africa. It is situated on the Indian Ocean in the east of the African continent and borders with Burundi, Kenya, Congo, Malawi, Mozambique, Rwanda and Uganda. Tanganyika declared its independence from Great Britain on 9 December 1961 and is a member of the East African Community (EAC). The capital is the centrally located Dodoma, the metropolis Dar es Salaam on the Indian Ocean is the economic center and the largest city of the East African country. 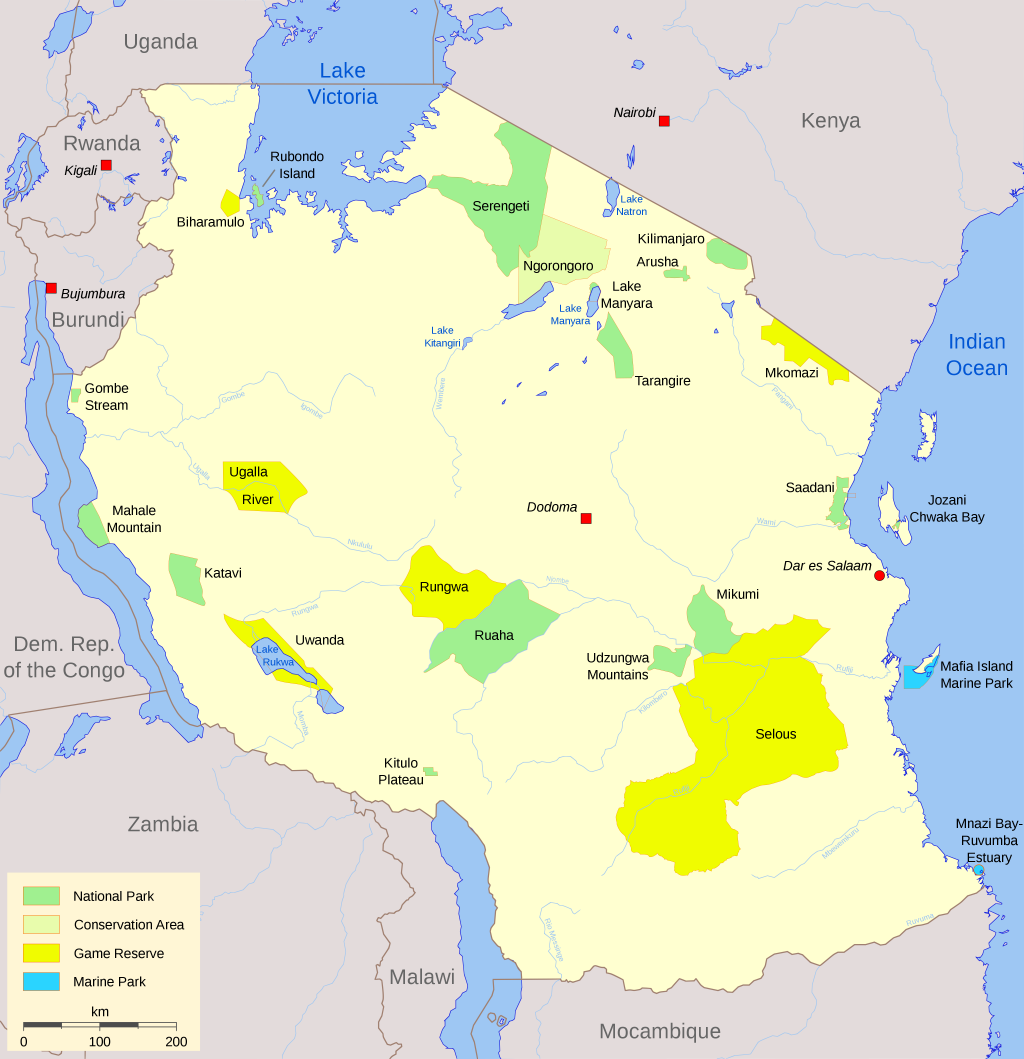 After independence, Julius Nyerere was elected the first president. In the early days of independence, most senior positions in government were not held by local people, and the state relied heavily on Britain for development assistance. In January 1962 Nyerere resigned and Rashidi Kawawa became Prime Minister. During this period Tanzania began to distance itself from the former British rulers. The political system changed from a British-influenced parliamentarian to a presidential system of government. Regional and district commissioners (mainly from TANU, Tanganyika African National Union) were appointed and replaced their British predecessors. At the end of 1962 the country also adopted a new constitution. Julius Nyerere returned to politics and defeated Mtemvu of the African National Congress by an overwhelming majority in free elections. In 1964 Tanganyika and Zanzibar merged to form today’s Tanzania. To this day, Julius Nyerere (13.4.1922 – 14.10.1999) remains a beloved figure in the country with honorary titles and nicknames such as baba ya taifu (father of the nation) and mwalimu (teacher) and enjoys the highest esteem among the population, especially for his personal integrity, markedly modesty and a lack of corruption.

Julius Kambarage Nyerere pursued a socialist political philosophy called “ujamaa”. This policy emphasized the country’s need to be economically independent rather than hoping for foreign aid and investment. At the beginning of the 1970s, a programme of “village-nisation” was started with the aim of organising rural life in village communities. Initially voluntary, the process was met with increasing resistance. In 1975 Nyerere introduced the forced “village-nisation”. Almost 80 percent of the population was organized in 7,700 villages. In 1971 banks, plantations and land were nationalized. In January 1977, he merged TANU and Zanzibar’s Afro Shirazi Party to form a new national unity party – the Chama Cha Mapinduzi (CCM, Revolutionary State Party), which is still in power today. Despite well-intentioned state planning, agricultural production declined in the 1970s, and with falling world market prices for raw materials (especially for coffee and sisal), meagre export earnings declined in the 1980s. Tanzania became the largest per capita recipient of foreign aid in Africa. At the time of his resignation in 1985, Tanzania was one of the poorest countries in the world. Agriculture had been reduced to the subsistence level, infrastructure and industry had been decimated. At least one third of the national budget was provided by development aid.

On the positive side, Nyerere ran mass literacy campaigns and offered free universal education. Thanks to this policy, Tanzania still has one of the highest literacy rates in Africa today. “Village-nisation” fought very successfully against tribalism and led to a stable political situation which is unique in the region. A real achievement among well over 100 different tribes and ethnic groups with different languages, ways of life and traditions. With the exception of the Uganda-Tanzania war (also known as the Kagera War, 1978-1979), which led to the eventual removal of the feared and extremly cruel dictator Idi Amin in Uganda, Tanzania  – unlike its neighbouring countries – can look back on many peaceful and stable decades without ethnic conflict. 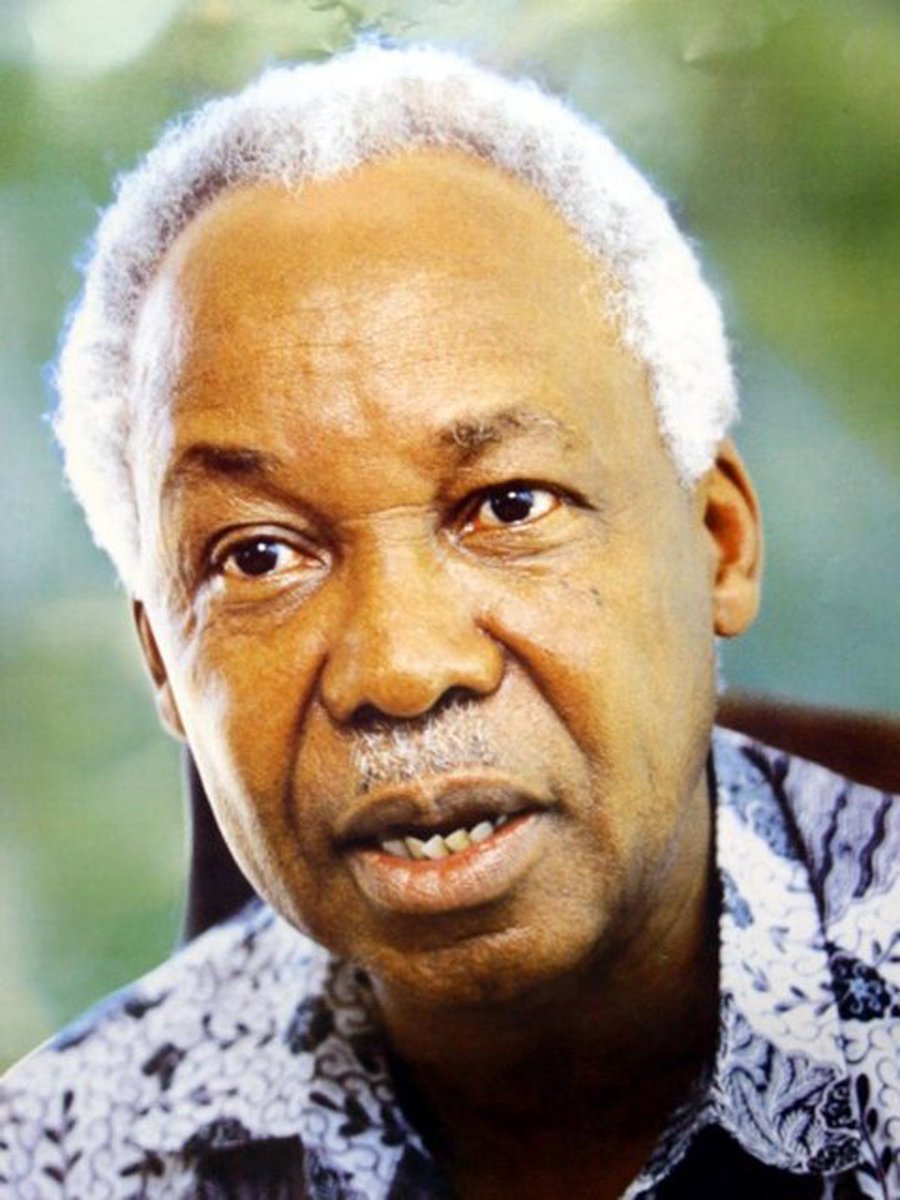 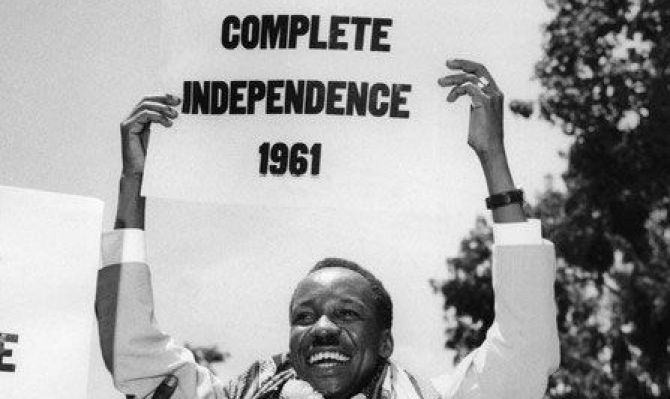 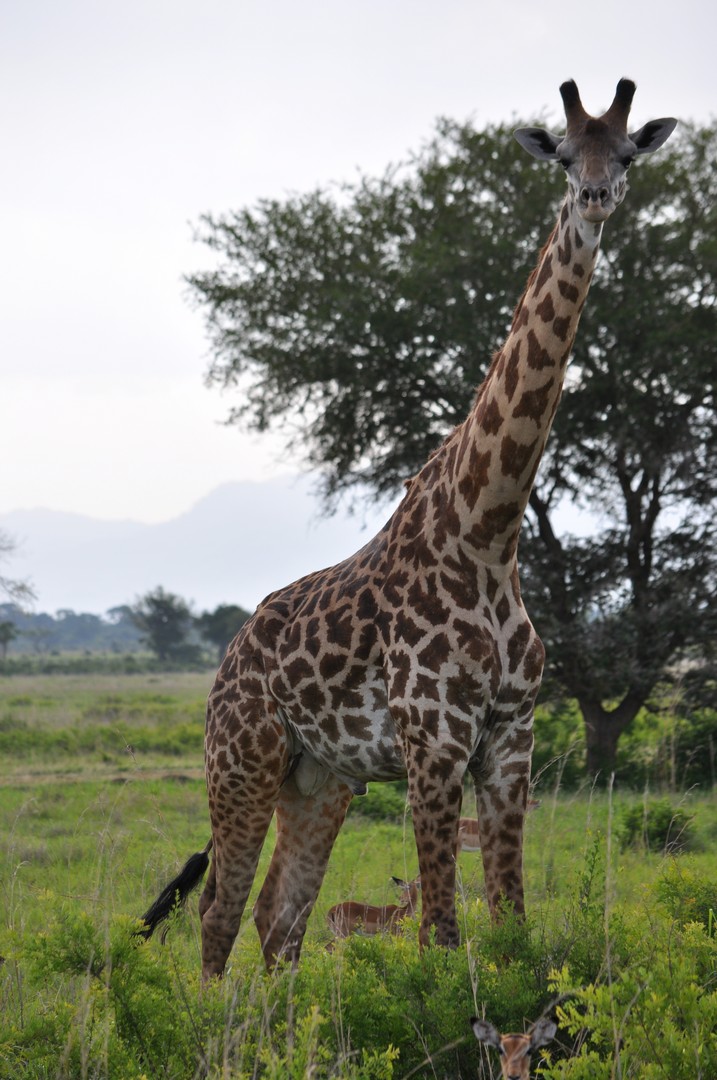 Tanzania is mountainous and densely forested in the northeast  in the areas around Kilimanjaro (see northern circuit). Three of Africa’s largest lakes are partly located in Tanzania. To the north and west are Lake Victoria (the largest in Africa) and Lake Tanganyika (the deepest lake on the continent), which is known for its unique fish species. In the south is Lake Malawi. The coast in the east of the country borders the Indian Ocean and the Zanzibar archipelago lies just off the coast. The Menai Bay Conservation Area is Zanzibar’s largest marine reserve. The Kalambo Falls on the Kalambo River on the border with Zambia are the second highest uninterrupted waterfalls in Africa.

The country is blessed with a multitude of national parks and game reserves, which are visited by travellers from all over the world every year. From elephants to lions to birds, there is something for everyone. With highlights such as the world-famous Serengeti National Park, the Ngorongoro Crater and Kilimanjaro National Park, visitors have ample to choose from. The annual great migration of wildebeest, zebra and gazelles is a world-renowned spectacle not to be missed. Tanzania is also a birdwatcher’s paradise and offers over 1000 different species at various locations around the country.

However, the East African nation offers much more than just classic safaris, for example beautiful beaches on the Indian Ocean. The Zanzibar archipelago, a group of islands dominated by the famous spice islands Unguja and Pemba, is world famous. The island of Mafia is politically and geographically not part of the semi-autonomous Zanzibar archipelago and is considered a hidden jewel in the Indian Ocean. Water sports enthusiasts get their money’s worth on the Tanzanian coast with sailing, deep-sea fishing, diving, snorkeling as well as wind and kite surfing.

Kilimanjaro, also known as the roof of Africa or the white crown of Tanzania, is both the highest mountain in Africa and the highest freestanding peak in the world. The volcano is located at 5,875 meters above sea level and is only 330 km from the equator. Kilimanjaro consists of three volcanic peaks, Shira (3,962 m), the oldest of the three peaks and already collapsed, Mawenzi (5,149 m) and the geographically youngest peak Kibo (5,895 m) which are currently dormant but could erupt again at any time. The glacier on Kibo Peak exists because the summit of the massive mountain rises above the snowline. Unfortunately, almost 85 percent of the ice cover on Kilimanjaro was lost between 1912 and 2011, and the glacier area decreased from about 11 square kilometers to almost 2 square kilometers during this period.

Over 100 different languages are spoken in Tanzania, making it the most linguistically diverse country in East Africa. The most important national language is Swahili, which is used in parliamentary debates, in the lower courts and as the language of instruction in primary schools. English is used in foreign trade, diplomacy, higher courts and as a medium of instruction in secondary schools and universities. Only about 10 per cent of the population learn Swahili as a first language, but 90 per cent speak Swahili as a second language.

There are at least 125 different ethnic tribes in Tanzania. These ethnic groups are primarily Bantu descendants, with small Nilotic, indigenous and non-African minorities. The country lacks a clearly dominant ethnic majority: the largest ethnic group in Tanzania, the Sukuma, makes up only about 16 percent of the total population of the country, followed by the Nyamwezi and the Chagga. Here you can find a more detailed description of four important tribes:

The people of the Hadzabe tribe have lived for thousands of years as hunters and gatherers. With less than 1,500 tribal members, the Hadzabe live a nomadic, decentralized existence near Lake Eyasi. The Hadzabe hunt daily and feed on meat, honey and roots. They live in harmony with their ecosystem and refuse to hunt with dogs as this would disturb the balance. The existence of the tribe is threatened by the increasing private land ownership. Some of the tribes interact with travellers and, for a small donation, will gladly demonstrate their amazing hunting skills (especially the bow and arrow arts are really worth seeing). You have the chance to meet these ancient tribes with our 10 day Safari Complete Tour.

If you had to name a Tanzanian tribe, most people would probably answer with Massai. The territory of the Masai includes the well-known safari areas of Tanzania – the Serengeti, Ngorongoro and Lake Natron. They are a nomadic people known for their cattle breeding. Many Masai tribal communities live in Kraals, an enclosed village, and they share grazing land and water during the dry season. Like other tribes, the Masaai are rich in their individual culture. This includes handicrafts such as elaborate beadwork using local materials such as clay, seeds and bones, and a variety of hairstyles that express the position and stage of life of the wearer. Many Maasai earn an extra income by performing traditional dances and singing for tourists and selling handmade jewellery. If you go on safari with us, you can visit a traditional Masai village in the Ngorongoro Conservation Area or at Lake Natron. We do not recommend a visit to a Masai village near Arusha, because of the proximity of the town the Masai exchange jeans with the classic Masai Shukas 5 minutes before your visit.

The Chagga are the third largest ethnic group in Tanzania. If you are planning to climb Kilimanjaro, you will probably be guided by a Chagga guide. The slopes of Africa’s highest mountain and the nearby town of Moshi are mainly inhabited by this ethnic group. The Bantu-speaking Chagga are farmers who grow cereals such as yams, beans, corn and bananas. They are also known for their coffee. There are no centralized villages in the Chagga culture – each family lives in its own coffee and banana plantation. With our Marangu Village Culture Tour you can visit a Chagga shamba (farm) and learn more about the harvest from the bean to the finished cup of coffee.

The Sukuma (“people of the north”) are the largest ethnic group in Tanzania and live in the northwest. They are closely related to the second largest group in the country, the Nyamwezi, and are mainly farmers and cattle breeders. Millet and sweet potato farmers are the preferred crops of the Sukuma. This tribe has a complex hierarchy based on age groups. Meetings with people of the same age decide on relevant village matters. Although many Sukuma are Christians, superstition and animism, which attributes souls to all living beings and natural phenomena, are still very common. Visitors can meet the Sukuma mainly in Mwanza and near Lake Victoria. 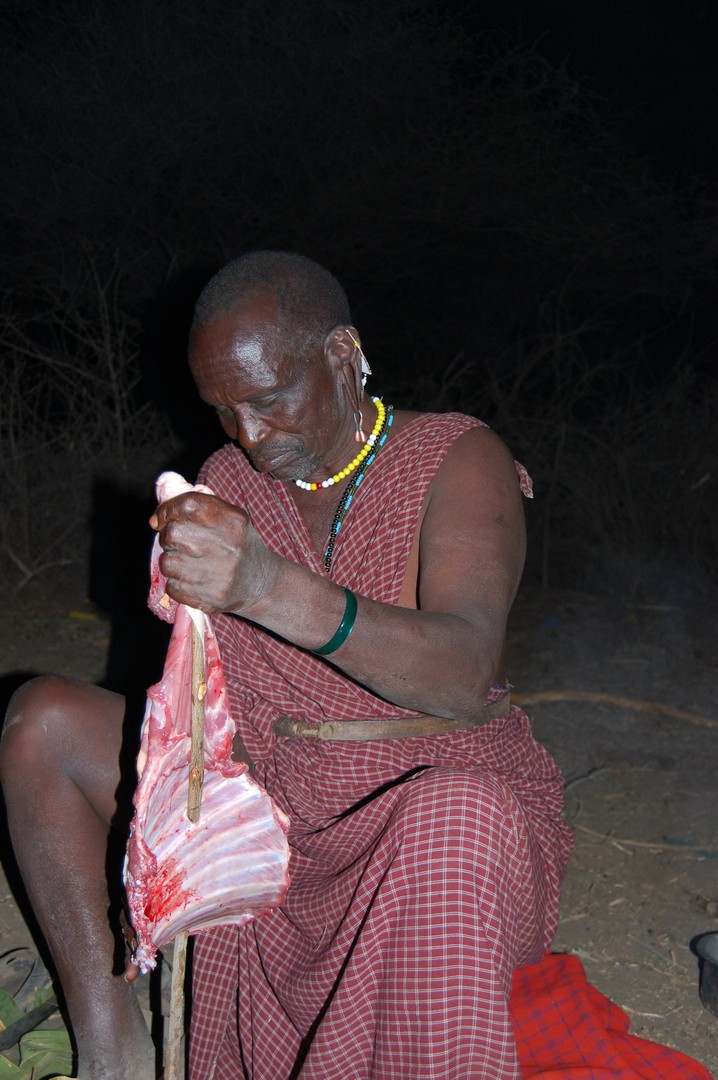 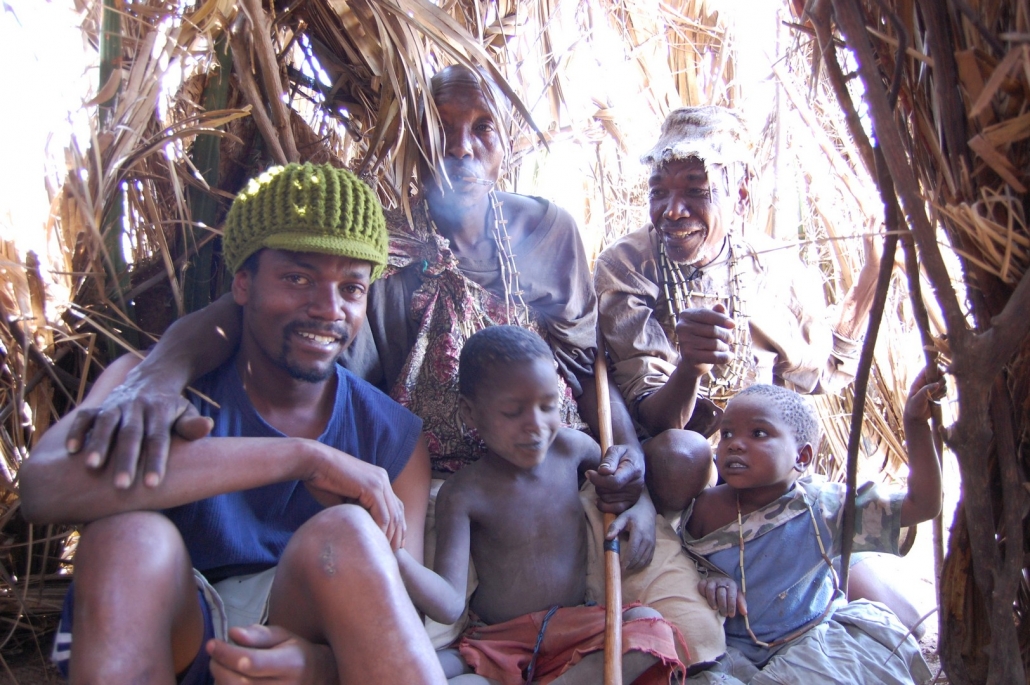 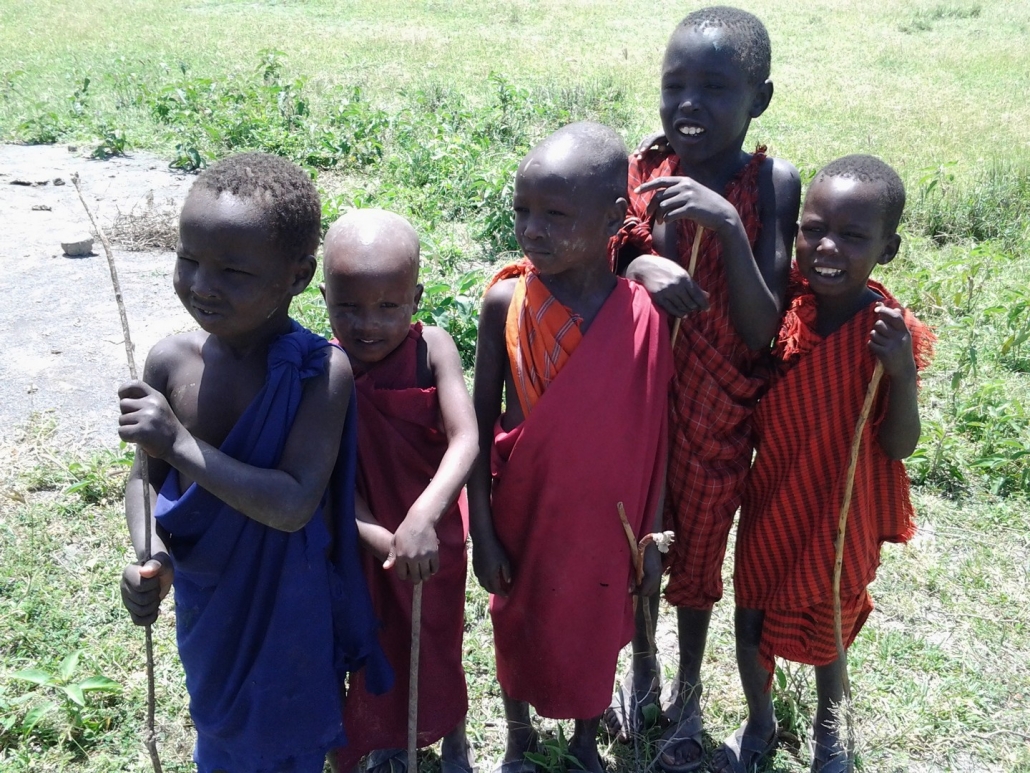